Seven Generations Architecture + Engineering (7GAE) is honored to announce that our film submission was selected as a People’s Choice Award Finalist in the National American Institute of Architects (AIA) Film Challenge (view our entry here). The entry from 7GAE, titled Sacred Justice, highlights the stories and impact stemming from the design of the Pokagon Band Tribal Court and Peacemaking Center, located in Dowagiac, Michigan. The film will compete with other submissions from across the country, and the film that receives the most votes by October 3, 2021, will receive the People’s Choice Award. 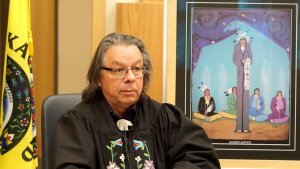 Seven Generations A+E created the short film submission to honor and recognize the Peacemaking initiatives set forth by the Pokagon Band of Potawatomi and the design work provided by 7GAE. The film focuses on interviews with Chief Judge Michael Petoskey, who has long been devoted to Native Justice. Judge Petoskey has served in his role with the Pokagon Band since 2002, and in 2021 he was appointed to the Board of Directors for the Native American Rights Fund. The goal of this facility, says Petoskey, is to “reflect who we are as Native people, our culture, our values, and our traditions” with a non-adversarial approach to justice that is not predicated on generating “winners and losers.”

Also interviewed was Scott Winchester, Senior Project Manager and Tribal Liaison at 7GAE. Winchester was instrumental in the Pokagon Court and Peacemaking Center design from the beginning and created the first sketch of the court in its circular shape. Winchester explains that users of the facility “enter from the east into a warm, inviting space that uses natural wood and minimal metal objects. The circular room envelops the space and embraces the people.” Winchester also oversaw the uphill battle required to create a peacemaking space that included an indoor firepit with suitable exhaust and could pass necessary fire safety inspections. This feat of engineering combines contemporary technical skills with an understanding of cultural tradition and values for the Pokagon Band. 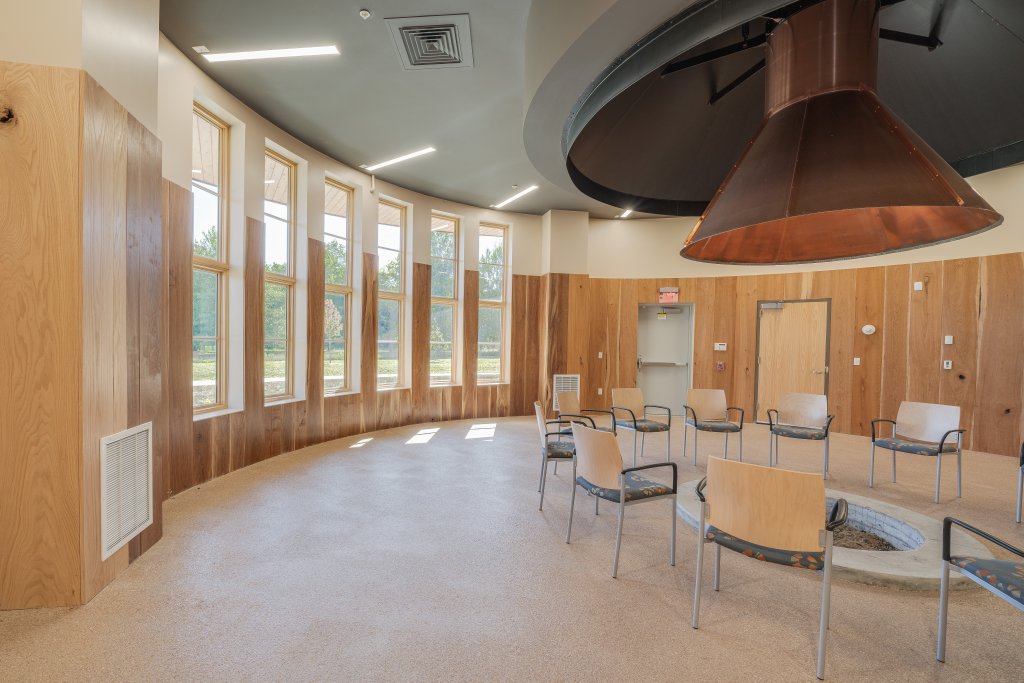 The AIA Film Challenge is an annual event facilitated by the American Institute of Architects (AIA). This contest amplifies stories that are transforming communities through design and collaboration. Each year, the AIA Film Challenge issues a prompt meant to inspire participants. In 2021, the prompt for all submissions asked for “short documentary films telling stories of architects, civic leaders, and their communities working together to achieve a zero-carbon, resilient, healthy, just, and equitable built environment.” 7GAE’s Sacred Justice speaks to the power of design in facilitating justice and equity and the resiliency of Indigenous people.

To watch the film submission and cast your vote until October 3, 2021, visit the AIA Film Challenge.