Indigenous Peoples’ Day is an opportunity to honor Native American peoples and celebrate their contributions, history, and culture. When marking this day, we feel it is important not to only think of Indigenous peoples and culture in the past tense. In every community, Indigenous people are making unique contributions to society, creating inspired art, and running successful businesses. In an effort to celebrate those accomplishments in the present, this week we are highlighting Indigenous people doing interesting and inspired things. This is the second post in our weeklong celebration of Indigenous citizens across the country.

Sareya is White Mountain Apache and Diné, and she is an enrolled citizen of the White Mountain Apache Tribe. At just 18, Sareya has an impressive number of accomplishments under her belt. Sareya served as a Unity 25 Under 25 Youth Leader, had the high honor of being the Phoenix Inaugural Youth Poet Laureate 2019-2020, and was recently chosen to serve as a Ha’a’aahdę́ę́’ Writing Fellow with the Emerging Diné Writers’ Institute. Sareya is an active member of the Native writing community, and she also uses her social media platforms as a way to spread awareness about the safety, health, and sovereignty of Indigenous people.

This summer, Sareya worked to bring consciousness to the National Day of Awareness for Missing & Murdered Indigenous Womxn and COVID-19 relief funds for the White Mountain Apache Tribe, which suffered from one of the highest infection rates in the country early on in the pandemic. Sareya’s goals for the future include publishing a book of her poetry, learning how to make tortillas like her grandma, and working in a capacity that allows her to help Indigenous people.

Jodie Palmer is a citizen of the Match-E-Be-Nash-She-Wish Band of Pottawatomi Indians. In September 2020, Jodie was selected to be the Vice-Chair of the Tribal Council, a role in 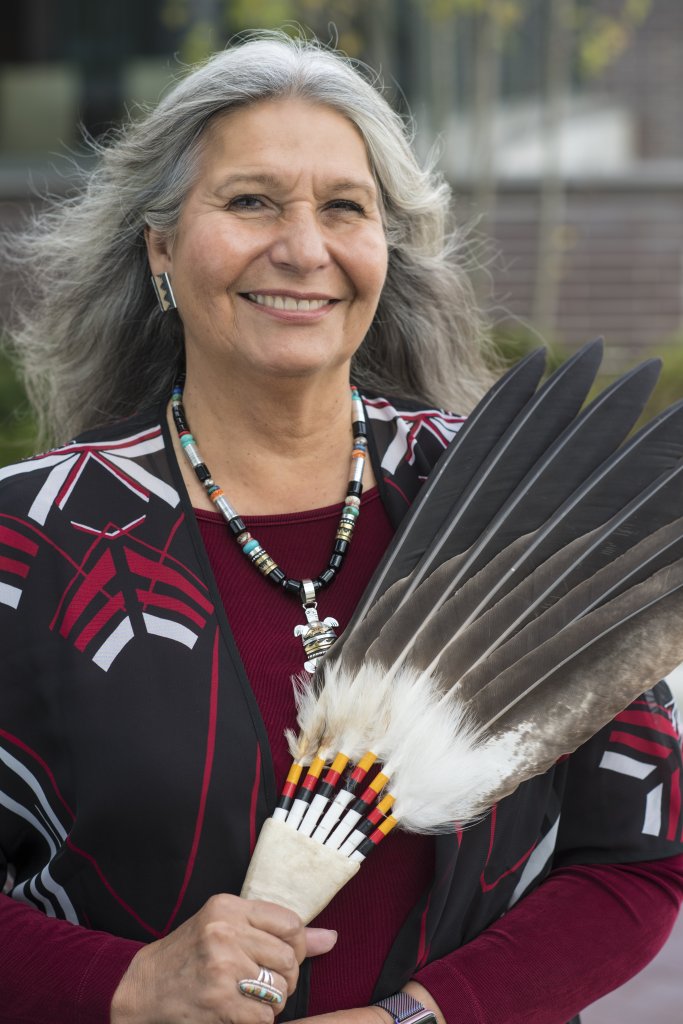 which she upholds the Tribal mission to “maintain their elders’ vision, integrity, spirituality, culture, and economic self-sufficiency by practicing their sovereignty, treaty rights, traditions, land, and natural resources for future generations”. Long before she was active on the Tribal council, Jodie was actively involved in advisory committees within Tribal government; an extension of civic participation that Jodie views as a way to give back to the community. Jodie believes that all Tribal citizens have skills, knowledge, and accomplishments that can be used to enhance Tribal services for all. Over many years of service with the Kinomage (education) committee, Jodie has used her experience as a parent, an elementary educator, and now a grandparent and retired WMU professor. Through the committee, Jodie has contributed to the development and growth of the tribal education department. In addition, Jodie is a board member of a national Indigenous scholarship (Catching the Dream) and more recently, the Tribe’s DK Sprague Scholarship Committee, which awards five highly-competitive scholarships to high school graduates residing in the five county service area for the Gun Lake Tribe.

In addition to the boards on which Jodie serves as an elected official, she sits on the Tribal housing committee, domestic violence workgroup, elder committee, land committee, and language & culture advisory committee. Although COVID has limited Jodie’s involvement in some outreach efforts, she looks forward to re-engagement once it is safe to pursue those endeavors. 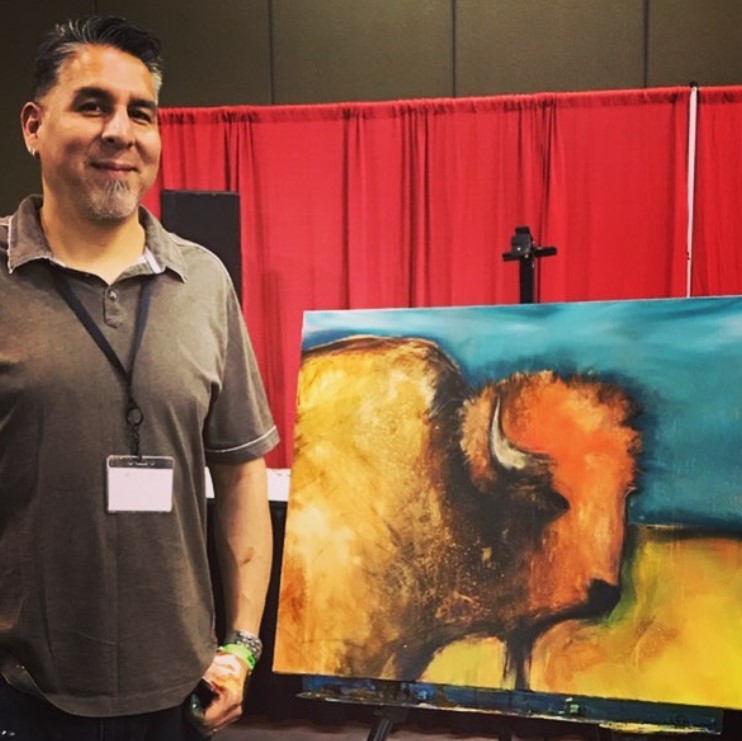 Known on Instagram as IndinArtist, Brent Greenwood is a graduate of the Institute of American Indian Arts in Santa Fe and Oklahoma City University. Brent serves as the Fine Arts Director for the Chickasaw Nation of Oklahoma, and his own work has been featured in exhibits and public spaces across the United States and Europe. Brent is of Ponca and Chickasaw heritage, which provides him with both a southeastern and plains Tribal lens for his visual storytelling.  Some of Brent’s earliest artistic influences were Native artists such as Jerome Tiger, Rance Hood, and TC Cannon. These influences combined with Brent’s perspective and creativity have led to an altogether unique style for the artist.

One of Brent’s current projects is a mural at Mahota Textiles (the first tribally-owned textile company) in Sulphur, Oklahoma. Although commissions and public art opportunities like the Mahota Textiles mural fill Brent’s schedule, his biggest passion as an artist and art educator is mentoring the next generation of young First American artists.