Seven Generations Architecture + Engineering is excited to announce that our firm has been awarded a five-year contract for historic preservation throughout the Midwest United States from the National Park Service (NPS). For more than a century, NPS has been responsible for overseeing and maintaining America’s scenic and historic National Parks. Over 300 million people visit one or more national parks each year. Each visitor has an opportunity to learn more about our nation’s history, enjoy breathtaking scenery, be active, celebrate local and tribal heritage, and preserve natural resources for future generations.

At Seven Generations Architecture + Engineering (7GAE), we are also guided by concern for future generations. Our firm’s guiding principle is one of Seven Generations Sustainability, an ecological concept that urges the current generation of humans to live sustainably and work for the benefit of the seventh generation in the future. Our five-year IDIQ with NPS allows us to forge a new relationship with a federal agency and provides ample opportunity to contribute to the preservation of significant landmarks and natural spaces for generations to come.

7GAE aims to go beyond RESTORING historic sites to also play a role in RE-STORYING the narrative. We want to tell the whole story, including those elements that don’t fit the dominant storyline, and push traditionally overlooked voices and viewpoints into the narrative. As a tribally-owned company, we are drawn to projects that allow us the opportunity to bring the voices of Indigenous people into the spotlight. By forging a partnership with NPS, we are excited to be a part of that storytelling process. 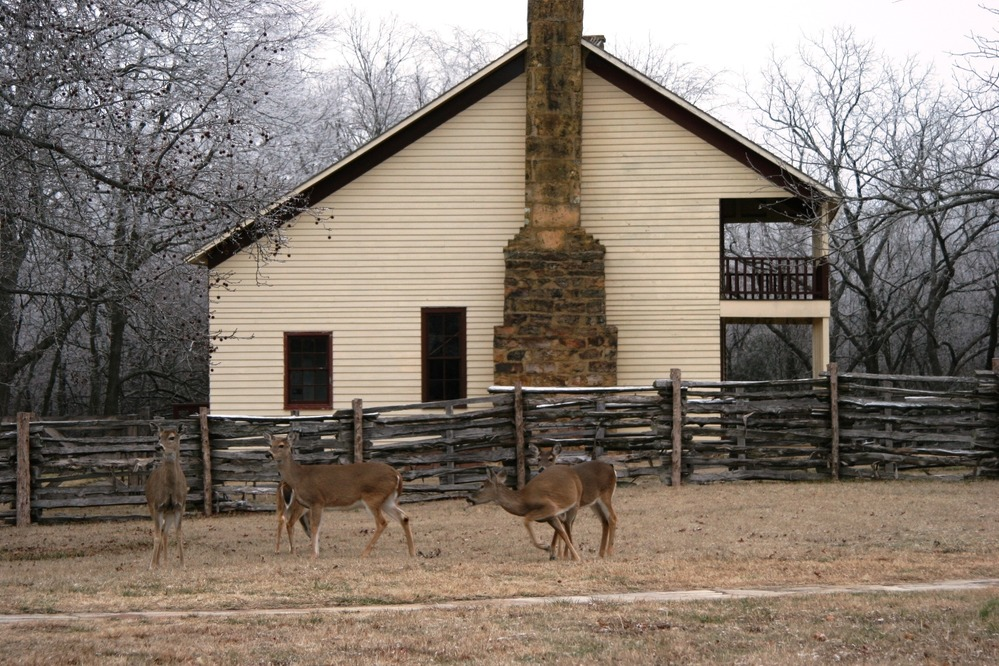 Our first project with the NPS is a rehab and restoration project at the Elkhorn West Overlook in Pea Ridge National Military Park. History buffs may recall the Battle of Pea Ridge as a major turning point of the Civil War and the original Elkhorn Tavern as the epicenter of that battle. Just two decades prior, however, the Elkhorn Tavern was known as the Ruddick Inn, a site where more than 11,000 Cherokees walked past along the Trail of Tears on a forced and heartbreaking journey away from their homelands. Some of those Cherokees later returned to Pea Ridge to fight in the Civil War. Nearly 1,000 Cherokees joined the Confederacy, some doing so to take a stand against the Federal Government who pushed them from their native lands. The First Creek Regiment and the First Choctaw and Chickasaw Mounted Rifles also fought at the Battle of Pea Ridge.

Clearly, this is a destination with a staggering amount of history, and plenty of nuance. Not only do these types of projects offer up an opportunity to learn more about the nation’s most significant historic landmarks, they provide a space for us to reflect on who created the narrative, how we can champion new voices within the story, and how best to use our role to share those stories with others.

Fortuitously, we were awarded this contract at a special time as Saturday, September 26, 2020 is National Public Lands Day! This Saturday, you can visit any of the 400+ parks and historic sites maintained by the National Parks Service at no cost. Use this tool to find a park in your area, visit for free on National Public Lands Day, and reflect on the beauty of nature, the importance of preserving land, and all those with historic and ongoing ties to the land across the nation.